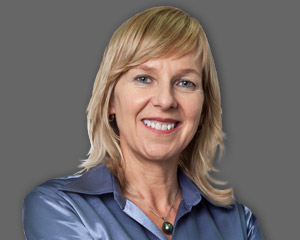 On a trip to Silicon Valley last year, Mike Smith, the CEO of ANZ Banking Group, was turned on to social media.

“He saw how many companies are now becoming social,” says Amanda Gome, ANZ’s group head of strategic content and digital media. “He came back determined that ANZ be the leader, not only in banking, but in social banking.”

It’s a significant moment in the growth of content marketing in Australia because of the scale of ANZ’s commitment to resourcing the project.

Both are heavy hitters in Australian media.

With more than 25 years in the industry, Gome created and established the iconic BRW Fast 100 list and then went on to launch the online small business bible, SmartCompany, as well as StartupSmart and Property Observer as a director of Private Media (which she has since exited).

BlueNotes is a corporate publication, Gome says, but not one in which ANZ is mentioned in every story. “We want to deepen understanding of the financial services industry in the Asia-Pacific region, and that sees topics from the economy, technology and innovation, business and finance and the Asian Century,” Gome says.

“There used to be four or five journalists covering financial services in the media, and now, because of the shrinking of traditional media, there is much less coverage. Our role is to provide stories that journalist can use as context, background or run as is.”

Content that is produced about the bank or by bank staff is clearly labelled, says Gome, so that readers can apply their own judgement to its independence.

“You can argue that all media has some kind of commercial pressures and professional journalists understand where the lines are and what to do,” Gome says. “In every newsroom around the country, there is debate – how do we present this story – and this is no different.”

Dozens of stories have been published in the mainstream and online media about the launch of ANZ’s BlueNotes, giving the bank a bucketload of largely positive coverage, and Gome says the response from customers has been immediate. “As the bank becomes a social bank, staff have content they can read, share and amplify. We are hearing from frontline bankers saying they are using it to deepen relationships, start conversations, and they are confident to use this material because it has come from the ANZ and it is high quality and they are proud of it.”

ANZ communications staff are using the content to ramp up their social media conversations, Gome says.

The bank will also use measures such as clicks on story links, visits to the BlueNotes website and mentions in social and traditional media to measure the effectiveness of its content marketing initiative – a measure of its authority, says Gome.

Media mastheads of all kinds are long-term plays; it takes time to build reputation, authority and a position in the media landscape.

But corporate publications have some big advantages over traditional mastheads in terms of reach. For example, all of the ANZ’s 61,000 staff receive BlueNotes, and ANZ has an astonishing potential audience if even a fraction of its eight million customers sign up to receive its weekly e-newsletters.