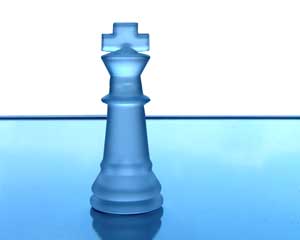 Is management really so very hard, I was asked the other day. Isn’t it just a matter of a bit of sensitivity to other people, and everyone getting on with their job?

I was immediately reminded of my first job in management: within a month of starting it, everyone hated my guts. I was 27, and very surprised.

One of the big issues I faced was this: I asked one of the casual staff members to come in on time rather than whenever she wanted to turn up. If she couldn’t make it on time, I said, how about letting me know?

I really liked this woman – let’s call her Sally. She was talented, a big personality, and she was important because she played a key role in producing a newspaper each day. I was the manager of a design studio.

The reality was that Sally did usually turn up, and she typically made the deadline. However, it was my responsibility to make sure the newspaper was published,  and I had no idea from day to day when Sally would appear, if at all.

When I raised the issue, Sally was furious. She had been working at the company for years, and I had been there for weeks. She pointed out that the work got done. Usually. There was an occasion where she called in sick at the last minute, but another staff member, a good friend of Sally’s, stepped into the breach.

I really had no idea what to do. I couldn’t understand why this was such an issue. Surely turning up on time is not an optional issue at a job. This newspaper was just one of many projects I had to deliver on any given day. I was managing quite large budgets on behalf of our clients and it was easy for something to go wrong and for my company to have to pay to fix it. I really didn’t need the agro.

So I sacked her. She was casual anyway, and it was entirely up to me if she had shifts or did not (which was one reason that I found her attitude so mysterious).

The temperature in the studio fell dramatically. Sally had many friends there, including the guy who got her shifts. Everyone kept doing their job, but gone was the goodwill needed to get the paper out if something went wrong; gone was any chit-chat, other than a stiff civility; and gone, substantially, was my confidence in my ability as a manager.

Also gone was my happiness. I felt really lonely at work. I felt confused by the reaction to me. I was quite disempowered: I really had no idea if I could actually do what I was paid to do from day to day since my small staff was on the brink of mutiny at every moment. They never ceased to let me know that their work was completed on sufferance.

Interestingly, it never occurred to me to discuss the issue with my boss (thank God because he was an infinitely worse manager than me!)

Instead, I did a couple of things that still seem surprisingly intelligent, even with a decade or two of hindsight.

I looked for some management training. I found a course specifically for women managers, which I thought might be a good place to start, and I signed up. It was 10 weeks, one evening a week, and from the first lesson, I felt some easing of the problem. We started to look immediately at issues of managing people, how to engage people rather than command them, and how to manage time, prioritise and generally reduce panic and pressure.

I also invited Sally’s strongest ally in the office – call her Jane – out for lunch.

At this stage, I guess I wasn’t even sure that everyone did really hate me. Was I imagining it? Would I make a complete idiot of myself by even asking the question?

Actually, I was right. The whole office regretted the day I walked in the door. Great!

Still at least I knew the answer, and I was grateful that Jane had answered honestly, which took some guts. I asked her why, and she talked about her sense of loyalty to Sally, about their history working together when the company was small and chaotic, but very collegiate.

I listened without arguing the toss. Everyone knew what I thought, anyway. I got one immediate payback: Jane admitted that she liked the way I had made the studio work more smoothly, with fewer late-night emergencies, and reworking of mistakes. It made work more satisfying, and clients happier.

I didn’t really know what to say to the rest of Jane’s feedback. I just said I’d think about it. Later, I realised just listening was enough. The tension started to abate.

Somehow, I almost immediately stopped expecting people to do what I said. Perhaps it was just getting to know Jane better. I reframed our morning production meetings around asking how we could go about getting our jobs done. Jane turned out to be a mine of information, and very good at anticipating possible snags in the schedule of projects.

I later employed a very good designer, who came in without the baggage. Since the issues had started to ease, there was no need for him to take sides, and we all became a strong team.

Five years later when I left the job, Jane announced to everyone at my going away lunch that I was the best production manager the company had ever had. Her praise, of course, meant all the more because it was so hard won.

The point is this: most of us are young when we start to progress up the ladder. Managing and leadership are strange beasts. Power is conveyed by a person’s position, in theory, but in reality we all get our jobs done by each other’s grace. Learning to lead is perhaps best summarised as learning to be graceful. As any dancer will tell you, that takes time, lessons, practise and feedback.