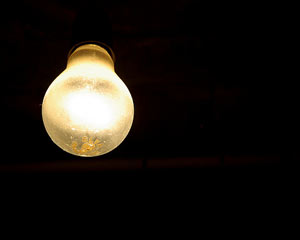 Imagine you’re gossiping (for men, read talking about sport) with your best mate. “Did you hear about Sue’s husband?” might be your opening gambit. Or, “Did you see Carlton finally won a game?”

When we are relaxed, we know how to get the full attention of our mates for a good story. It’s not so easy to translate this into creating content on the web.

As an editor, my job was often to simply axe the first two paragraphs of contributions. These are “warm up” paragraphs, where the writer is simply setting the scene and getting in the mood.

But we have just a few second to grab and hold the attention of our readers.

The trumpet player, James Morrison, is a master of the brilliant beginning.

Most musicians think it’s ok to have a couple of dozy numbers to start, but Morrison is fully “on” from the first note. It’s exciting to watch; his concentration electrifies the audience.

I saw him give a master class to some very talented jazz students at the Conservatorium of Music in Wollongong a few years back. They’d played the first three bars when he dragged them to a halt, and explained the idea of starting at the exciting bit (in his own words). The transformation was incredible. I could swear half the students were simply not mentally present until he spoke.

We want the background to the story only after we are convinced that it will be worth a listen.

Here’s a great example from Amanda Gome, the publisher of BRW magazine. The first two lines of her story, Top tips for women who want it all, read:

“A very funny thing happened on the way to equality. We got waylaid with the most ridiculous of debates, which is still raging.”

Isn’t that simply irresistible, the most magnetic of content? It is almost impossible, if you are a professional woman (the target audience), not to read on.

The secret to the great beginning is the second (third or fourth) draft. Don’t worry if you start your story with a bit of preamble, at least when you start creating content. But never, ever publish the story without reworking on the introduction. Usually, the first draft introduction belongs several paragraphs from the start, and the start is buried in the fourth or fifth para.

If you are not sure, imagine telling your story to your best mate: how would you start to get their attention? That’s the beginning you want.