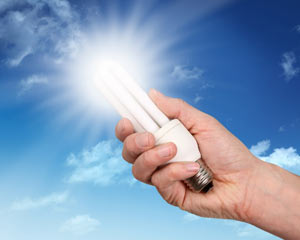 My habit of equating the word patriarchy with words like redundant, pointless, unfair and insulting received a challenge as I sat in the Sydney airport on Sunday, waiting for my return flight for Melbourne.

Just 39 pages into re-reading one of my very favourite books, Care of the Soul(I’ll deal with the contentious word ”soul” shortly) by one of my very favourite authors, Thomas Moore, my eyes rested on the following: “Culturally we are also suffering from a breakdown of patriarchy.” [My jaw drops and I snigger “bring it on” under my breath, before reading more …] “Feminist thought properly criticises the oppression of women on the part of long-standing male domination but that political patriarchy is not the patriarchy of the soul. Patri-archy means absolute, profound, archetypal fatherhood. We need a return of patriarchy in this deepest sense, because to vacillate between embracing symptomatic and oppressing fathering on the one side and criticising it on the other gets us nowhere.”

I was left staring into space with brain cogs whirring.

This idea rings very true to me: We are getting nowhere or at least nowhere near fast enough. The corporate world is a vivid illustration with its glacial movement towards appointing women to boards and senior executive roles.

In his complex, rich and non-religious idea of the “soul”, Moore is arguing that society has a need to find its own internal sense of authority and purpose – its collective father – and that is something we appear to have lost.

We need our political and business leaders to articulate our social and economic stories (histories) for us, rather than parading their degrading point-scoring and shameless profiteering. Without those collective stories, we have lost an authentic sense of having traversed through our social history together and we fall back on the trappings of patriarchy as a poor imitation of the real thing.

How often do we observe this in our working life? Haven’t we all experienced a manager who asserts that those who report to him or her will do as they are told because he or she has been appointed to have authority over them rather commanding authority as a leader by communicating a sense of purpose that emerges from everyone in the business working together towards a common goal.

I put both men and women in the role of the misguided manager; either gender can fall into the trap of inauthentic “patriarchy”.

Ove Arup, the founder of a global engineering company, Arup, wrote a three-page speech after he has worked in the business for 40 years. In it, he encapsulates the purpose and vision of the company. It is a powerful, funny, humble, subtle and incisive document that all employees read when they join the company (which is now employee owned). Ove Arup spoke with the authority of someone who had seen the business through 40 years of success, failure and mistakes. He knew what happened when the company strayed from its values and purpose. He knew what it achieved when it got things right. He was the company’s founding father in the true sense that Moore is driving at, I suspect. I don’t know if Ove Arup gave all his female staff the opportunities they deserved but one can see how much more likely it is that he did so.

It seems to me that a company led by a man or woman with a true sense of how to “father” its workforce could represent a “functional” patriarchy – a kindly, firm person interested in the individuals who work for the company, rather than the gender of those individuals.

And so, it is with some relief that I put down my cudgel and banner calling for the end of patriarchy. I can stop sticking out my tongue at authority (mostly male).

Today and henceforth, I take up the cause of the Functional Patriarchy, in which our society and economy will thrive and the talents of women be put to their best use in the fulfilment of an agreed purpose and meaning.