How I wrote this week’s blog 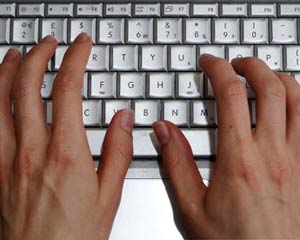 With an impending deadline, I set to work developing the idea for this week’s blog by reading a chapter from Robert Cialdini’s book, Influence. Actually, a chapter is a bit of an exaggeration. I was six pages into it when I remembered the conversation I’d had with my family and I thought that is a great example of the risk of being manipulated, which is one of the key risks that weak followers face. With Cialdini’s book open to the chapter, I started my blog by writing about the dinner.

As I wrote, I Googled the question: ‘Does alcohol really fuel violence?’ and read a number of the articles. I quickly found Anne Fox, and then remembered that my brother had quoted her. Then I saw her research was funded by the liquor company, Lion, which added an interesting dimension I had to include: questioning the vested interests of sources.

My research threw up another article on The Conversation. I like this source because the articles are written by academics, so I feel I can rely on them. However, I was about half way through my blog when I read Peter Miller’s rebuff. Uh oh! Was I going to have to start again? He was arguing the opposite. However, when I followed his links, I decided that although the research was good, it didn’t destroy Fox’s case. In fact, it gave me an even more interesting angle.

All the way through writing this story, I had a niggling feeling that I hadn’t explained the term ‘power follower’. It was a term I coined last week, and I never assume my readers have read last week’s piece. So I put the term in quote marks in the heading to signal to readers that if they didn’t understand the term they could expect to find an explanation in the text. Then I inserted my explanation of the term in the first paragraph, and found that it solved another niggling question: How could I argue that I was a power follower if I was being manipulated?

I turned to Cialdini’s book as a way to wrap up the post. I could finish on one of his stories. It also made me realise why I was on Fox’s side – it’s because social proof is a powerful persuader and we need to make sure we question wrong assumptions.

With that conviction having emerged during the writing process, I was able to end with a powerful sentence, that linked back to the title.