How ‘Power followers’ avoid being manipulated 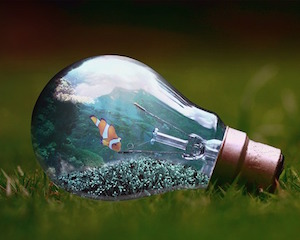 Last Sunday, I realised I’d been manipulated. As a ‘power follower’, who is determined to ask questions of our leaders and society no matter how uncomfortable they may be, I got a bit of a shock. Let me explain how easily we can be manipulated.

It happened at a family dinner, over pizza. My brother showed me that there is no such thing as ‘alcohol-fuelled violence’. It was a belief that I had never thought to question. I have always assumed that alcohol does fuel violence. And I am in good company. In Australian society, this is such a widespread belief that it is almost never challenged.

Unfortunately, it’s wrong. Or at least, it is not that simple, as Dr Anne Fox points out. Last year, Fox published a report called “Understanding Behaviour in the Australian and New Zealand night-time economies”. She reviewed all the scientific literature and found that alcohol ‘cannot be considered a cause of violence’.

The food and beverage (i.e. alcohol) company, Lion, funded the research. Well, that makes it suspect, a power follower might say. And it is true that Fox’s research supports the case made by the liquor and entertainment companies against restrictions on alcohol sales and availability.

Whether the research is suspect is a question worth asking; but it doesn’t stack up. Fox’s report reviewed many independently-funded studies. And she found evidence that in cultures such as Iceland, although the population drinks more than Australians, there is less violence.

In Italy, alcohol is believed to have a calming effect. Fox even witnessed a barman use a free round of whiskey shots to avert a bar room fight. Even though Lion has a vested interest, it cannot cause me, as a power follower to doubt the findings.

However, some academics dispute Fox’s findings. ‘If you shut the pubs and clubs in town two hours earlier, you see a 30% to 40% reduction in the number of assaults reported to police and the injuries turning up at emergency in hospital’, writes Peter Miller, a professor of violence prevention and addiction studies and co-director of the violence prevention group at the School of Psychology, Deakin University. However, I followed Miller’s links and found that the data is generalised from a study conducted only in Newcastle, New South Wales. It wasn’t enough to convince me that Fox was wrong.

Thinking through the implications

It is our cultural beliefs and values – such as sexist attitudes to women – that result in violence? It is a drinker’s predisposition to violence that predicts the likelihood that they will lash out while drunk, Fox argues.

But surely we might be willing to succumb to a bit of weak followership for the greater good. After all, whether or not it is a cultural belief, in our society, many drinkers use alcohol as an excuse to start a brawl. Miller’s work supports the view that changing drinking patterns might work faster than changing social attitudes.

On balance, however, I believe answer is no – we must question this belief. This is why power followership is so important. We must learn to think for ourselves, or risk being manipulated.

Here is an example.

In court, violent offenders are not allowed to use the fact that they are under the influence of drugs and alcohol as a defence. But if their lawyer happens to mention that they had been drinking all night and taking ice, their work is done. As a society, with our belief that alcohol can transform a bloke who is normally calm into a monster who will punch, kick or hurt another, we will fill in the blanks for the perpetrator. We mitigate our views of their violence. They get off. This happened recently in the case of Stanford University rapist, Brock Turner, who received a six-month sentence for his brutal crime.

Recognise social proof as a powerful persuader (and manipulator)

This is why we cannot afford weak followership. Fox argues that we need to focus our attention on on violence, misogyny, and aggressive masculinity. Miller says we will do better to change liquor trading hours.

Social proof – evidence that what we believe is supported by others – is so powerful at persuading us to change our mind that we can use it to overcome our phobias, says author Robert Cialdini, in his book Influence: The Psychology of Persuasion. He describes how 67% of a bunch of kinder-aged children, who were terrified of dogs, overcame their fears simply by watching a little boy play happily with a dog for 20 minutes a day. That is the power of belief.

As a power follower, I would support Miller’s strategy to reduce alcohol trading hours only if it was accompanied by statements that this is an interim strategy until we can change the social belief in alcohol-fueled violence. Until we can overcome this belief, we are open to manipulation.

And power followers fight against manipulation at every turn.