Heard of Tarax? Guess they shouldn’t have cut their content marketing campaign 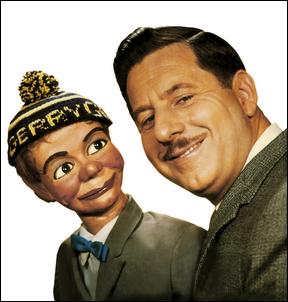 Remember The Tarax Show? The reason I mention this TV show for kids that ran for 12 years from 1957 to 1969 is not to make Gen Y and X folks feel left out. It’s because it reminds us that content marketing is an old idea reborn (and improved) in the modern age.

Tarax was an Australian brand of soft drink. It’s an early example of content marketing – the show was simply entertainment for children sponsored by Tarax Drinks. The show spawned some of Australia’s best-known TV characters, including a wicked doll, Gerry Gee, the brainchild of ventriloquist Ron Blaskett.

Eventually the bean counters had their way, and the show was cut to ribbons before finally winding up in 1969.

Other examples of content marketing that have survived the test of time include the Qantas magazine and the NRMA’s Open Road.

The NRMA remains ahead of the curve having launched one of this country’s most sopisticated content marketing sites, www.live4.com.au. The content is not exclusive to NRMA members and nor is it solely about driving.

New content marketing, however, has two big advantages over the “old”.

It’s kept honest by social media. Content that is deemed a thinly-disguised sales pitch tends to be trashed and ridiculed in social media, which is really helping to improve the quality of content marketing. There’s still a long way to go, however, with a content discovery platform, Outbrain Australia, reportedly rejecting 70% of content submitted as “too salesy”.

It’s a conversation rather than a one-sided rant. Marketing, a model that had worn out its usefulness, is being reborn as a conversation between companies, brands and the people who buy stuff.

So if you are scratching your head trying to understand what content marketing is, take a look at the grand old dames of the sector. The best ideas are old ones, reborn.