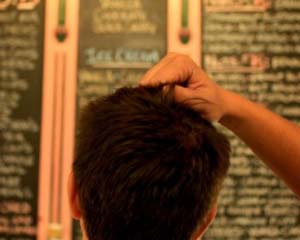 Politicians produce a lot of content, and never more so than once an election has been called.

How do they manage to get it all so wrong then?  Why do we disengage from what they say, and scoff at their promises, and how can you make sure your customers never feel the same way about the content you produce for them?

We don’t trust pollies because they do not offer us balanced commentary, and trust us to make up their own minds. From the national broadband network to policies regarding asylum seekers, we only hear one side of the story.

Even when pollies do a complete backflip, such as Tony Abbot’s statements on education reform, our pollies will not tell us how they arrived at such a decision. They fear the negative headlines – but they get them anyway. We are not fooled

Our cities are choked with traffic, our health system on its knees, and we risk handing an uninhabitable planet on to our children. Yet politicians are obsessed with a few thousand refugees arriving by boat, with their own parties, and with hurling abuse at each other.

Ours is a world of interaction and engagement, but pollies are still in broadcast mode. With few exceptions, politicians simply hurl their messages into space, with few opportunities to listen to the responses their words create (Q&A being  a notable exception to the rule).

Social media is a great BS filter. If some BS gets past our defences, we can count on the crowd to haul it into prominence. So why do politicians continue to serve up lashings of the brown stuff, stuff we know they do not believe in, and cannot swallow themselves (so why would we)

The world is a tremendously exciting place – extraordinary achievements are a daily occurrence, as are tragedies of every kind. Politician could inspire us by drawing attention to the events that inspire and those that disgust them, both of which are motivators.

Imagine a day when a politician stands in front of the camera to comment on a world event that changed her life, spoke passionately on a personal subject that moved him, commented on the merits of policies from the opposite side of politics, or reminded us of the issues facing the world and its future.

Then we’d all be clamouring for an election campaign.