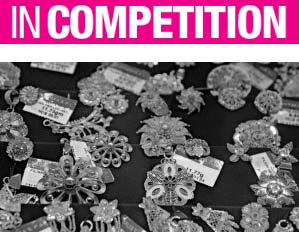 Lawyers are a cautious bunch when it comes to social media and blogging, which is part of what sets King & Wood Mallesons apart.

It’s impressive because it is tightly focused on a narrow audience (those interested in competition law), looks smart (two-tone colour scheme) and is backed by the energy, enthusiasm and dedication of the law firm’s 35-strong competition law team.

A site needs a champion

Peta Stevenson, a special counsel at KWM, is one of the champions of the site – the committed team that drove the project from concept to creation. “Discussions started about 12 months prior [to the site going live] about how to best frame communications with our clients,” Stevenson tells me. “It took a few months to get agreement around the concept and then a few months to build a library of content.”

InCompetition has a tightly focused readership. “Competition law has a very particular audience,” Stevenson says. “Most general counsels have an awareness, and some companies have competition counsel, but really most business people won’t be interested in hearing about regular developments.”

The audience is in-house lawyers or lawyers in firm overseas who need to know what is happening. “We want to deliver information to them to impress their own audience,” she says. Stevenson is chuffed when she gets praised for the site by the lawyers who read it.

Lawyers work notoriously long hours, which made me wonder how on earth the competition law team gets the content together. Between three and five new stories go up each week, a big jump in output from the competition law practice’s previous output, which involved a quarterly update, supplemented by occasional articles related to significant developments. A small editorial team of four or five consider submissions or allocate ideas for drafting. There are strict parameters about how much time people should spend on a post.

“It needs people who are passionate and is does have the support of partners,” says Stevenson. “There is nothing worse than starting it and it dying.”

Stevenson says lawyers are expected to absorb media about their industry. Stevenson says: “I remember when I joined in 1999, the managing partner said ‘I expect everyone on my lawyers to read the Australian Financial Review every day’. We see this as part of that general expectation.”

The site has had some surprising benefits. “We have found it fantastic for staff engagement, to broaden the horizons of the more junior team members. Rather than just sitting there and drafting contracts, it encourages them to look outside at developments in our courts and overseas.”

The junior lawyers who write the stories also build their profile.

The cost of the blog, once the design was done, is the cost of editing and writing the control. Everyone involved has been trained to use WordPress, the platform that runs the website. “It’s the opportunity cost, the time that people might spend doing other things,” Stevenson says. “It is about seeing our firm as a thought leader and innovator. The blogs are our way of differentiating ourselves.”