A win on the right to advise 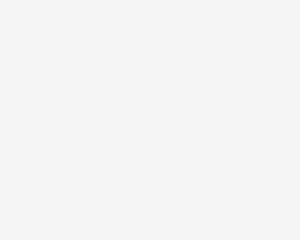 The accounting profession scored an important victory when the draft regulations for the Financial Services Reform Act (FSRA) received assent from the Governor-General, Dr Peter Hollingworth, on October 8. The regulations have widened the definition of the kind of activities that, under the act, can be conducted by accountants without a licence.

And there might be more changes to come. A technical consultant at the Institute of Chartered Accountants (ICA), Keith Reilly, says: “Treasury staff have said if any problems surfaced, they would look at the regulations again next year, and the legislation could be amended if there are problems that we have not anticipated.”

The FSRA, which was passed in September, introduces a single regulatory framework for any person or company selling financial products. The previous rules permitted accountants to provide general financial advice to clients. Accountants and their professional associations were horrified when they found that lawyers, life agents and tax agents had won various exclusions from the new rules, but no exclusions had been extended to accountants.

CPA Australia and the ICA mounted a joint campaign to persuade Treasury to write further exclusions into the regulations.

Their campaign was successful. Under regulation 7-1-29, accountants may, without a licence, provide advice on issues such as business planning, auditing financial statements, and conducting due diligence, provided they do not recommend specific financial products. A financial planning technical adviser with CPA Australia, Carolyn Mooney, says: “It is a pleasing outcome for us. We were apprehensive that the rules would not be changed.”

Reilly says: “We are a lot happier, but we still think the legislation should have been clearer.” Reilly is still concerned that accountants may “overstep the mark” when giving advice. The ICA is now working with the Australian Securities & Investments Commission (Asic), which will issue a policy paper on December 1. “Asic will provide more detail on accounting activities that are excluded.” The act comes into effect on March 11 next year, and there is a two-year transition period from the old system to the new law.

Staff at KPMG Consulting in Australia do not need to worry about losing their jobs, according to their new boss, Robert Palmer. Palmer is the global executive vice-president

of KPMG Consulting, the Nasdaq-listed company that bought KPMG Consulting Australia on October 2 for $US29.9 million ($60 million) from KPMG’s 329 partners. Palmer says it will be “steady as she goes” in the Australian business. “We are not anticipating any staff losses at this time,” he says. “We are in tough economic times, and don’t see significant growth in the business.

It is time to solidify our position in the market.”

Palmer took the top job at the Australian office from John Sheldon, now a partner in KPMG. Within six weeks of his appointment as managing partner of KPMG Consulting Australia in January this year, Sheldon sacked 80 staff members, or 10% of the workforce.

Palmer will visit Australia every fortnight to supervise a team of three executives in the company’s main markets: the services sector (including financial services and communications), led by John Battiston in Melbourne; the consumer, industrial and

KPMG Consulting, which raised $US2 billion when it listed in February this year, plans to buy KPMG’s consulting business worldwide. Palmer says the acquisition program in the United States, Canada and Asia is complete. Businesses in European countries, including Germany, Britain and the Netherlands, are next on the list.

‘NO EFFECT’ ON ASSETS

The provisional liquidators of the Harts Australasia group, John Greig and Robert Duff of Deloitte Touche Tohmatsu, say the legal problems facing the group’s founder and chief executive, Steve Hart, will not affect the company’s value assets. The assets of five of the 36 companies in the group are already for sale. “The businesses all stand on their own two feet,” Greig says.

The Federal Court appointed Deloitte as provisional liquidator of Harts Australasia on October 2.

Hart, who founded the company, which listed on the Australian Stock Exchange in May last year, was arrested on October 3 and charged with tax-related fraud charges.

He could face further charges of insolvent trading following the provisional liquidator’s report. The report is due to be presented to the Federal Court on October 23.

The receiver-manager for five of the companies in the group, Sims Lockwood, sought expressions of interest for Harts (which operates three accounting practices) and Harts Superannuation on September 8. Deloitte sought buyers for Harts Property Management Australia, Cardinal Financial Securities and Harts Securities on September 12.

Sims Lockwood received 50 expressions of interest in Harts and Harts Superannuation, and 20 requests for more information. Receiver Grant Sparks says: “We are encouraged by the interest.” Deloitte’s Greig says another company in the group, First Mortgage Corporation, will be advertised for sale this week.