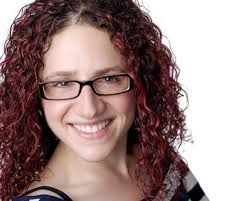 It was not a good date; it was an awful date. Jordana Borensztajn, former journalist and self-confessed social media obsessive, had met the guy online – “of course”.

When her date turned out to be a horrible experience, Borensztajn was pretty rattled. “The only way I could cope was talking to my friend afterwards, and I was relaying the conversation and speaking the way he spoke, and by the end she was laughing until she cried,” says Borensztajn.
“And then I added some exaggeration and told another friend and by the end she was laughing and I was laughing. I need to do comedy because it is therapy.”

Borensztajn first performed stand-up for her friends and family. “I started to read comedy books, and did a comedy course, and comedy coaching, and theory,” she says. “At first, I used it to deal with issues. I was writing Facebook jokes and Twitter jokes and jokes about how much time I spend online, writing about what I was doing every single day.”

From seven minutes to 55 minutes

Her debut into stand-up performance was a 55-minute show called “Social Needia: The Epidemic” at the Melbourne International Comedy Festival in 2013. “Until then my longest spot was seven minutes,” she says.

But Borensztajn found a way to create nearly an hour of comedy – she “detoxed” from social media for three days, and then revealed all the challenges and lessons from this experience to her audience.

“It was amazing and fun, and scary and brilliant,” she says.

And it was a sell-out.

Borensztajn’s career path has been rather unusual.

It began with four years as a journalist with the Herald Sun, where she learned stuff that turned out to be very useful as a comedian: quick turnarounds, fresh angles, catchy headlines and interviewing skills. She left the paper to pursue her dreams. The first was to work with lions in Africa (which she did for two months) and the second was to work in New York City and be a music journalist.

In 2008, she got a day job as a copywriter, and at night, she went music gigs in the Big Apple, and wrote about them for a Jersey-based masthead and some Australian ones.

“Every single night, I had a billion gigs to choose from,” she says.

It was on her return that she joined Nova Entertainment, and afterward that she segued into comedy.

It’s hard to know if any mere mortal could follow Borensztajn’s creative prescription. But Borensztajn is clear: comedy is a skill – an important one – that can be learned like any other. “Humour helps really drive home important messages that you are trying to send,” she says. “You can train yourself to observe and understand things differently. It is a whole new creative way of thinking about how to be different and better and to stand out.”

Now a speaker and consultant, Borensztajn shares the techniques of humour and creativity she has used to market herself and her comedy shows. “I do a lot of my own marketing and promotion and I think what can I do to stand out from 500-plus shows at the comedy festival? How can I make my press kit different, my poster design stand out? All that is applicable to content marketing.”

The creativity that has been the driving force behind Borensztajn’s career is so energising that she wants to pass it on. She says: “Passion drives everything I do. The passion that comes along with creativity is so energising and such a big part of my life. I thrive on it. It is liberating to inspire someone to experience that in their life.”

Perhaps you and I may not eventually dress up in a giant neoprene Facebook “like” suit and go on a quest to meet Facebook founder Mark Zuckerberg and tell him the our five best Facebook jokes (last year’s creative adventure for Borensztajn).

“You might not have the most original idea, or you might be working on something that’s been around for ages, but if you can come up with a fun, innovative and creative way to present it differently, then that is what’s going to stand out and that’s what’s going to have an impact.”

Her upcoming book about being creative with online content, Capture My Attention, is set for release in May 2015.