Why a press release is worse than useless 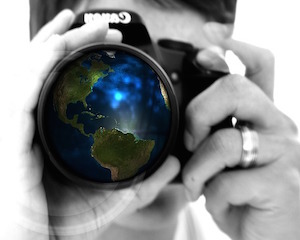 If you want a journalist to write about you, your messages or your company, the press release is your worst enemy.

Although the idea of the press release has become ubiquitous, it’s a fundamental misunderstanding of what goes on in a journalist’s mind.

Below is a model that illustrates, in my view, the journalist’s mind.

The two big influences on journalists’ thinking are recognition (byline) and story.

Journalists are motivated by getting their byline on a story that no one else has told. For good or ill, we are driven by the lure of recognition by our peers and the public for writing what we call “a really good story”.  We want to shine like a star.

Our worst fear is of becoming a hack – known for writing stories that anyone could write, and everyone already knows about. When we are learning, journalists are asked to write lots of general stories – they get assigned to the police round, or the courts. These are stories that are not hard to find, but we all have to start somewhere. As journalists become reporters, they increasingly get rare stories. These usually arise as they become familiar with their “round” and sniff out good contacts with inside information.

Where the press release fits

When you send out a press release, you immediately destroy the main currency that a really good journalist is looking for: rarity.

The press release is an effective tool for publicly-listed companies that are bound by rules and laws to inform the public of certain sorts of actions in a highly prescribed way. They are required to make sure that the information is distributed fairly. And, when it’s bad news, these companies are hoping that no one will take any notice anyway, so the press release is a perfect vehicle.

For the rest of us, the best way to get coverage is to pitch a good, well-thought-out story idea to a particular journalist at a particular masthead. If they do not want it, either change the story pitch so that they do, or send it on to the next journalist.