The business impact of writing a book 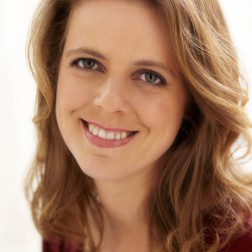 Hungarian-born architect and building engineer, Anetta Pizag, wants the companies she works with to thrive.

One way to do that is to change the design of their workspaces, she says. But many leaders, especially in small growing companies, struggle to believe that workplace design can impact productivity and performance.

So Pizag has written a book that explains why and how the space we work in can transform our performance. It’s called Creating a Thriving Workplace: 7 essential design principles for positive high-performance physical work environments.

The book that offers a road map for leaders who want to lift their company’s performance. Pizag draws on the growing body of scientific evidence that underpins workplace design principles as well as using her experience, training and years of research into the subject.

Why write a book?

Pizag’s career took a turn when she arrived in Australia in 2006. After several years in architecture, she accepted a role as an environmental consultant. She became increasingly interested in the behaviour of people in buildings. She began to study the psychological impact of spaces on the people inside them. Missing from the market was a comprehensive manual for business owners on this important topic.

When Pizag realised this was an area she wanted to specialise in, she decided to write a book. Although she blogged and wrote articles, she had not attempted a work on this scale. In business training, she’d be advised that writing a book would help build her reputation.

However, the research, writing and rewriting took the better part of the next three years. “I wrote the book. It was utterly unreadable,” says Pizag. “Then I put it aside, and rewrote it from scratch. And I did a lot research during the writing process.”

As she wrote, the structure of the seven principles emerged.

The business impact of writing a book

More important to Pizag is the clarity and confidence in her ideas that resulted from writing the book and the framework she developed to express her ideas.

“Whenever I show this framework to clients, they find it valuable; it resonates with them,” Pizag says. “I find it much easier to close deals with prospects, because it gives me a lot of confidence. I use my book as my own reference.”

Though a bigger effort than she expected, Pizag says the effort and outlay (she self-published) have been repaid again and again. With its clear focus on company leaders and the issues they face, Pizag’s book provides the basis for long-term, sustained relationships with the business and architecture firms with whom she partners.