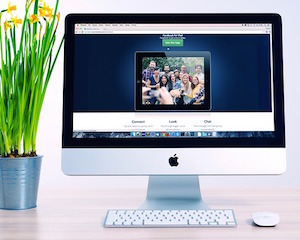 If you are struggling to get your blog written on a regular basis, here’s a productivity hack that might help you. It sure helped me today.

It’s an idea invented by a Swedish group – they have called it “Hoffice”. It’s a whole new way of working from home – working from each other’s homes, actually – but it’s not just about networking. It is about productivity.

The big risk of trying to get stuff done at any office, including co-working spaces such as Hub Melbourne, is that we spend more time talking than acting.

Of course, we want to be friendly, and exchange ideas and support, but time sometimes gets away on us.

The Hoffice idea of productivity is a form of teamwork, but you don’t have to be on the same team to get stuff done.

Just pull together a small group of people – between two and eight is ideal –and appoint someone the facilitator (really just the time keeper). Set a timer for 45 minutes.

My Hoffice today was at the home of Carolyn Tate, the founder of the Slow School of Business. We met at 9am, had a coffee, stated our intentions and got to work.

I did a bunch of emails that I had been putting off for ages.

We were joined after the first session, and the three of us worked together, stating our intentions and getting stuff done. We took a break for lunch, a quick walk and a chat, then back to it.

Carolyn’s is a beautiful home, with a dedicated room for Hofficing and great wi-fi. It’s the first time I have tried it, so I cannot comment on whether other homes might be so lovely to spend the day in.

For me, it is the buddying up to get stuff done that I like most.

It’s an enjoyable way to get to know people, avoid the loneliness pitfall of working from home, while still staying focused on getting tasks ticked off. There is just enough structure to keep things moving along.

It’s entirely up to you whether you spend all day, or part of the day in the group. You can come and go. You do what you want to do.

It’s another example of the “sharing economy”, in which we find ways to get more productivity out of underused resources – in this case, our homes.

The Hoffice movement is not without precedent. According to this report in Fast Company, sharing home office spaces has been around for a decade or so.

What’s different is the focus on productivity – and I think that is a significant difference. For many of us, it is the productivity advantage that makes working from home such a great option.

So when it comes to blogging, how about setting up a Hoffice, or a Hoffice-style productivity hack wherever you are working? State your intention – to write your blog in 45 minutes, perhaps – and get ready, get set and go.