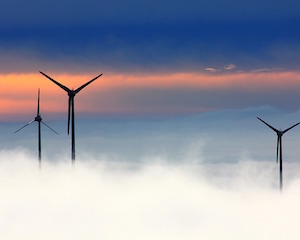 In the early 1980s, publishers released an average of three books on leadership a year, writes Barbara Kellerman, in her book The End of Leadership. By the end of the decade, that number had grown to 23. And today? Well, a Google search will scare the pants off you. There are thousands, if not millions.

The underlying assumption about leadership is that it is so important that the success or failure of any organisation depends upon it. There is no evidence to support the view that great leaders create successful organisations, Kellerman tells us.

However, it is absolutely true when it comes to bad leadership. Bad leadership will take any organisation down. Corruption. Hubris. Greed. When these are the kinds of messages communicated from the top of any organisation, expect the worst. We got the worst, after all, with the global financial crisis. This was, as Kellerman points out, a failure of leadership in nearly every kind of organisation, from banks to regulators to the credit-rating agencies. The list is long.

It was also a failure of followership.

Why do we sign up to get-rich-quick schemes despite decades of evidence against them? At best, they do not work. At worst, we lose everything we have worked hard for. I ask this question not to apportion blame, but with real curiosity.

I’ve spoken to the victims of financial fraud. They feel like most victims of abuse: humiliated, baffled, guilty. I interviewed a guy who handed over a cheque for $20,000 to a fraudulent accountant without asking for a receipt or a contract of any sort. He felt so ashamed. But he had known the accountant who ripped him off for 20 years! Their daughters played sport together and they met regularly on the sporting field.

Victims of fraud blame themselves. They should not. We are not taught to be power followers. We fear asking questions and looking foolish. And we fear looking foolish for not asking the right questions.

In my experience as a journalist, it is often the silliest question that elicits the best answer; the answer that is actually the truth. I can’t tell you the number of silly questions I have asked that my subject could not answer. But of course, the media is often just as susceptible to being duped as anyone. That happened during the dotcom boom of the late nineties and early naughties, when companies that did not have any revenue, nor any plans to earn any revenue, listed on the stock exchange and raised millions of dollars. Only some journalists questioned this practice.

It happened in the lead-up to the global financial crisis. The commentators who wrote of the need for caution and change, seen as naysayers and party-poopers, were drowned out by the excitement of journalists reporting all the rags-to-riches stories.

This all makes sense in the light of one clear fact: While billions is spent on leadership training, very little is spent on training us all to be power followers.

There’s a stigma associated with being a follower — or a mere follower, as we might think quietly to themselves. A good employee or citizen might be seen as supportive and selfless. More often, the qualities associated with anyone who does not aspire to leadership are not so generous. Weak, unambitious, dispensable, lazy, exploitable and irresponsible.

What words do we associate with leadership? Good words when we think about the idea of leadership. Inspiring, influential, visionary. But the reality is different. How many leaders might be better described as egotistical, arrogant, obstructive, unfair, unforgiving, or irritating?

We have a proud history in this country of reframing words that carry stigma. Wogs, chicks, queers — all derogatory terms — have been reclaimed and reframed by those who were meant to hurt by them.

To be a power follower is an important role. As well as helping leaders to stay humble, power followers are the ones who suggest better ways to get things done, who contribute ideas to the whole, who question orthodoxies that no longer serve, and ask uncomfortable questions.

Power followership is creative and collegial. It’s satisfying to be part of a collective effort and outcome. Leaders are there to help us to clear obstacle in our path.