Are you an expert follower? 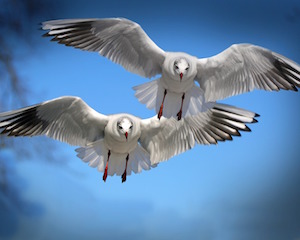 The problem the world is facing today is not so much a lack of leadership as a dearth of quality ‘followership’.

Look no further than the candidacy of millionaire businessman and ultra-right conservative, Donald Trump, for the President of the United States.

We feel frustrated watching leaders manipulate gullible followers in terrorist groups or religious cults. We watch in horror as young people strap dynamite to their bodies. How can they believe that killing themselves and others will bring about positive change in our world? The failures of some kinds of followership are easily understood from the outside.

Quality followership is not a new idea. The scholar Robert Kelly wrote In Praise of Followers in Harvard Business Review in 1988. But it’s an idea that is increasingly relevant. The power and influence of leaders is growing. At the same time, the forces that balance power, such as unions and independent media, are weakening. And our planet is facing many complex problems.

We live in an age where leadership has an extraordinary status. The global leadership training industry is worth an estimated $50 billion a year. Many of the techniques leaders learn are effective. They are honing their ability to influence us, to rally our efforts in the service of their cause. They are learning to understand how we think and feel. We look for leaders, Seth Godin, explains in his book Tribes. We want to be part of a community, and to have a sense of fellowship. We look to leaders to help us meet that deepest of human needs.

The problem is that, as followers, we do not have access to the same resources. In fact, the opportunities for us to learn the art of critical thinking are diminishing. Universities once taught us how to think. Today, many university courses teach us saleable skills in demand in the marketplace. Students choose such courses because they have to pay for them. They need their studies to deliver them an income.

So as leaders become more skilled at leading, we are becoming less skilled at following. It’s harder for us to judge the quality of leadership. If we question the orthodoxy of our group’s cause or methods, we risk expulsion. Manipulative leaders look obvious from outside a group, but are much less clear from inside. Even terrorism is a matter of perspective. South Africa’s ruling white elite saw the violent resistance to apartheid as terrorism. For the black population, it was a response to the violence of the regime. And today most of us accept that resistance as an inevitable stage of South Africa’s political evolution.

The billions spent on leadership education has not delivered the hoped-for results. As Barbara Kellerman observes in her book, The End of Leadership, we have not created the leaders we need to address the critical problems the world faces. In fact, Kellerman argues, leaders are less respected, less ethical and less effective than ever before.

Leaders are powerful, but so are followers

We need to lift the status and effectiveness of followership. Quality followers create quality leaders. Leaders are powerful, it is true, but so are followers. The global boycott of South African products and companies also helped end apartheid. It was that action – an action by followers – that succeeded where leaders had failed.

We can learn to question power and influence in a constructive way. We can challenge orthodoxy with warmth, humanity and humility. In fact, we must. The old systems that challenge power are waning. It’s time to reassert the importance of followership.