All ears on deck: The shareholder myth 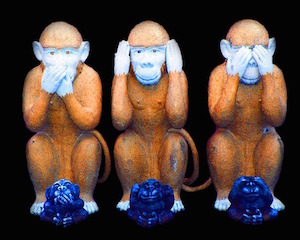 This sentence in a Sydney Morning Herald report about the diesel emissions scandal at the German car company Volkswagen struck me: “Corporate advisory groups have declared VW as having the worst corporate governance among its German peers, and it has been under attack by various shareholder groups over lack of board independence.”

In other words, shareholder groups told the board it had a problem, but the board did not listen.

The 7-Eleven board also seems to have been hard of hearing. Directors did not know that the company’s franchisees underpaid their staff.

“There is no question that we should’ve known. There’s nobody ducking this,” the new 7-Eleven chairman Michael Smith told ABC reporters in October. “We have never had any message from our shareholders or owners …”

Franchisees and others say they reported the problems to head office more than once.

Whether or not this is true, the underlying principle arising from both corporate calamities remains the same: directors cannot hear if they do not listen.

The question is: who should they listen to?

Beneath the scandals at Volkswagen and 7-Eleven lies a sinkhole. With every corporate scandal, we glimpse a problem lying just below the surface of modern corporate governance.

The “shareholder” is a corporate myth. That makes listening to them difficult.

Directors represent shareholders, but we shareholders are a fragmented lot. We invest our money through master trusts and superannuation funds. We do not know – and to be truthful, do not care – which companies we invest in. As long as the needle is pointing up, we are happy.

Boards did once represent shareholders. Back in the days when landed gentry funded a ship to sail abroad and return laden with tea and tobacco, for example.

If the ship sank, the directors lost their money. It was in their interest to hire a good captain, check the ship was seaworthy, and to pay the crew just enough and not a penny more.

It’s not the same today. We shareholders will not punt our fortunes on one vessel. We know things go wrong (because our advisors remind us). If directors and companies go broke, they do not take us with them.

But there are real casualties of corporate governance disasters. The thousands of underpaid 7-Eleven workers, and the franchisees facing ruin. In the German town of Wolfsburg, home to Volkswagen, 70,000 of the town’s 120,000 residents work for company.

We shareholders are fine, but others are not.

But does it matter? We – and our planet – pay for the mistakes boards make when they do not listen.

The question is not who to listen to, but how to listen.

There are two elements to a listening strategy: culture and process.

A listening culture encourages honesty and welcomes bad news. That is not easy. Criticism stings. And it does so for a reason. We would not act if it did not. We like to think we are flawless, the psychologists tell us. Criticism confronts us with an uncomfortable truth.

Some resolve that discomfort with denial. Others by evaluating the bad news, and working out if they need to change.

Establishing a process for dealing with critics helps take the sting out of criticism. Pause, consider, and then respond.

Modern directors must cultivate ways to hear about problems. Get to know some people in the company other than the executive team. Set up a whistleblowers’ hotline. Make friends with the person managing the company’s social media program. Set up some Google alerts.

Make a “complaints register” part of regular board reports. Then reward company executives for the way they handle complaints; for example, how fast they respond. When the CEO says a complaint is serious, allow time then and there to address it.

Boards also need self review. Hire an external expert. Does your board have all the expertise it needs? Are all the directors active? Are the checks and balances used?

It’s up to modern directors to find ways to listen, even though the shareholder is a myth. The price is high when we do not.