Why I hate marketing 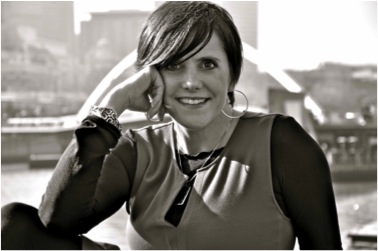 We all get sick of our jobs, sometimes, but it is a dark day when you realise your entire profession makes you sick.

That is how marketing professional Carolyn Tate came to feel about her chosen field. After 20 years in marketing, she’d seen it all, and she didn’t want to see any more.

“Ultimately marketing is a lot of manipulation,” Tate tells me. “It is false. It creates materialism and wanton greed. You could even get really specific and say it is about the sexualising of women, and manipulating children to go against what their parents want.”

Increasingly, marketing is ineffective, too, she says: “The reality is that 86% of people distrust marketing. It has got a bad rap that it deserves because people have been using and abusing it.”

After 10 years in senior corporate marketing roles, Tate had spent 10 years building a highly-successful consultancy servicing blue chip clients.  She had arrived at an impasse.

Tate says marketing has ended up being about just one thing: promotion. It was once a more subtle – and truthful – combination of promoting a brilliant product at a great price.

“The promotion piece has hijacked good sense,” Tate says. “If you have got a bad product, an undifferentiated product, the only way you can get it out there in the market is to throw gimmicks at it – buy now and get $1000 bucks off – because the product is exactly the same as everyone else’s.”

The solution? “Spend more and more on advertising, which pushes prices up,” Tate says.

The end of success

Unable to decide how to resolve the crisis, Tate headed with her son, then 12, for six months in France after selling up her home in Coogee, Sydney, and giving away most of her possessions. She immersed herself in yoga, good food, and writing a book (not about marketing).

France is a lovely setting, but it was an uncomfortable time. “I was sitting in a fair degree of confusion for a couple of years. I could no longer help people chuck crap into the universe. I didn’t believe in them, and I had to break the pattern.”

Moving back to live in Melbourne, Tate began to voraciously read, participated in the Occupy Melbourne demonstrations (controversially ended after three months by the police) and joined the community advocacy group, Get-Up. “I was reading and watching and consuming all this knowledge, and I was feeling a deep, deep sadness about my son inheriting the world we are creating for him.”

Into this picture stepped American marketing professor, Raj Sisodia, who visited Australia last year with a message that marketers could help change the world.

Sisodia, a former  professor of marketing at Bentley University and co-founder and chairman of the Conscious Capitalism Institute, and author of  a book of the same name.  Sisodia’s research shows that companies with a sense of purpose other than profit — including a desire to improve the world for customers, staff and the communities in which they operate – make more money.

Sisodia sees marketing as a key element of changing capitalism. “The 21st century marketing paradigm reflects a customer-centric mindset that turns marketers into healers where our role is to cure, restore health, soundness and spiritual wholeness,” Sisodia told participants at the Sydney meeting.

Tate could hardly believe her ears. “When he made that statement, I had a visceral feeling of relief. Oh my god, I don’t have to leave my profession.  I can change it.”

She began her journey of revolutionising marketing by writing a powerful white paper redefining marketing, and the measure of a successful company.

The response to her vision and sense of purpose was encouraging. Thousands of people have downloaded the white paper, and many have sent messages of support, and congratulations on having the courage to stand up for what she believes in.

Good marketing is about good business, Tate says. “When you have a crap company, you have crap marketing.”

These days, Tate works in a holistic way with companies. Long before marketing is discussed, she helps her clients clarify their purpose. “I always start with purpose,” she says. “Most people have had their fingers burnt with marketing consultants who say here is a beautiful marketing plan, now let’s do it and it is too complex and doesn’t fit the market.”

Instead, Tate helps companies to innovate by “working on the inside and not the outside”.

To achieve these kinds of results, Tate insists on a minimum 12-month contract in which she becomes her clients’ “virtual marketing director” – enough time, she says, to “change their thinking”.

“I don’t take on clients unless I believe 100% in what they are doing. It is judgemental, but you have to be. You have to judge what is right for you to do, and that has been the journey.”